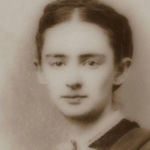 Why Is Olivia Langdon Clemens Influential?

According to Wikipedia, Olivia Langdon Clemens was the wife of the American author Samuel Langhorne Clemens, better known as Mark Twain. Early life Olivia Langdon was born in 1845 in Elmira, New York, to Jervis Langdon and Olivia Lewis Langdon. Her childhood home from 1847 to 1862 was the building at what is now 413 Lake Street. Jervis was a very wealthy coal businessman. The family was religious, reformist, and abolitionist. Olivia, called Livy, was educated by a combination of home tutoring and classes at Thurston's Female Seminary and Elmira Female College. Her health was poor. She was an invalid for part of her teenage years , and she suffered from what was probably tuberculosis myelitis or Pott's disease. She continued to have health problems throughout her life.

Other Resources About Olivia Langdon Clemens

What Schools Are Affiliated With Olivia Langdon Clemens?

Olivia Langdon Clemens is affiliated with the following schools: