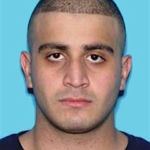 Why Is Omar Mateen Influential?

According to Wikipedia, Omar Mir Seddique Mateen was an American mass murderer and domestic terrorist who killed 49 people and wounded 53 others in a mass shooting at the Pulse nightclub in Orlando, Florida, on June 12, 2016, before he was killed in a shootout with the local police. It was the deadliest shooting by a single shooter in United States history until the Las Vegas Strip shooting on October 1, 2017.

Other Resources About Omar Mateen

What Schools Are Affiliated With Omar Mateen?

Omar Mateen is affiliated with the following schools: