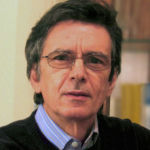 Why Is Oreste Calleja Influential?

According to Wikipedia, Oreste Calleja is a Maltese playwright. Biography Oreste Calleja was born in Hamrun, Malta. He studied at the Lyceum Grammar School and St Michael's Teachers’ Training College . He attended the University of London, Birkbeck College in 1974-75, and in 1990, studied at North Florida University and Jacksonville University, Florida, from where he obtained a BA in Fine Arts and French in 1990. In the 1960s, Calleja was a committee member of the Moviment Qawmien Letterarju, and after a short stint of writing in English, he started writing plays for the stage, radio, and television in Maltese. For several years his plays have featured in Maltese Literature national curricula in high schools and University courses.

Other Resources About Oreste Calleja

What Schools Are Affiliated With Oreste Calleja?

Oreste Calleja is affiliated with the following schools: