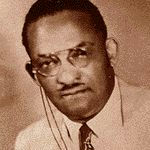 Why Is Ossian Sweet Influential?

According to Wikipedia, Ossian Sweet was an African-American physician in Detroit, Michigan. He is known for being charged with murder in 1925 after he and his friends used armed self-defense against a hostile white mob protesting after Sweet moved into their neighborhood. Stones were thrown at his house, breaking windows. Shots were fired, and one white man was killed and another wounded. Sweet, his wife, and nine associates at the house were all arrested and charged with murder.

Other Resources About Ossian Sweet

What Schools Are Affiliated With Ossian Sweet?

Ossian Sweet is affiliated with the following schools: