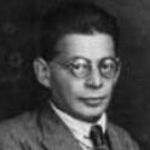 Why Is Otto Rank Influential?

According to Wikipedia, Otto Rank was an Austrian psychoanalyst, writer, and philosopher. Born in Vienna, he was one of Sigmund Freud's closest colleagues for 20 years, a prolific writer on psychoanalytic themes, editor of the two leading analytic journals of the era, managing director of Freud's publishing house, and a creative theorist and therapist. In 1926, Rank left Vienna for Paris and, for the remainder of his life, led a successful career as a lecturer, writer, and therapist in France and the United States.

Other Resources About Otto Rank

What Schools Are Affiliated With Otto Rank?

Otto Rank is affiliated with the following schools: