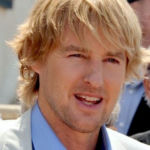 Why Is Owen Wilson Influential?

According to Wikipedia, Owen Cunningham Wilson is an American actor. He has had a long association with filmmaker Wes Anderson with whom he shared writing and acting credits for Bottle Rocket , Rushmore , and The Royal Tenenbaums , the last of which earned him a nomination for the Academy Award and BAFTA Award for Best Screenplay. He has also appeared in Anderson's The Life Aquatic with Steve Zissou , The Darjeeling Limited , The Grand Budapest Hotel , and The French Dispatch . Wilson also starred in the Woody Allen romantic comedy Midnight in Paris as unsatisfied screenwriter Gil Pender, a role which earned him a Golden Globe Award nomination. In 2014 he appeared in Paul Thomas Anderson's Inherent Vice, and Peter Bogdanovich's She's Funny That Way.

Other Resources About Owen Wilson

What Schools Are Affiliated With Owen Wilson?

Owen Wilson is affiliated with the following schools: