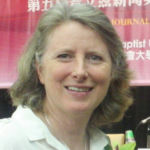 Why Is Paige St. John Influential?

According to Wikipedia, Paige St. John is an American journalist with the Los Angeles Times. Before joining the Times, St. John was at the Sarasota Herald-Tribune, where she earned the 2011 Pulitzer Prize for Investigative Reporting. The Pulitzer was the Herald Tribunes first, "for her examination of weaknesses in the murky property-insurance system vital to Florida homeowners, providing handy data to assess insurer reliability and stirring regulatory action."

Other Resources About Paige St. John

What Schools Are Affiliated With Paige St. John?

Paige St. John is affiliated with the following schools: