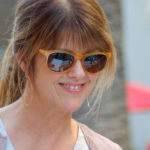 Why Is Pam Dawber Influential?

According to Wikipedia, Pamela Dawber is an American retired actress best known for her lead television sitcom roles as Mindy McConnell in Mork & Mindy and Samantha Russell in My Sister Sam . Early life Dawber was born in Detroit, the older of two daughters of Thelma M. and Eugene E. Dawber, a commercial artist. She went to Reid Elementary School in Goodrich and attended North Farmington High School and Oakland Community College , with the intention of transferring to a four-year college. She deferred her studies at OCC to do some modeling work and eventually dropped out after deciding to go into modeling full-time.

Other Resources About Pam Dawber

What Schools Are Affiliated With Pam Dawber?

Pam Dawber is affiliated with the following schools: