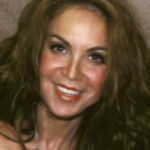 Why Is Pamela Geller Influential?

According to Wikipedia, Pamela Geller is an American anti-Muslim, far-right, political activist, blogger and commentator. Geller promoted birther conspiracy theories about President Barack Obama, saying that he was born in Kenya and that he is a Muslim. She has denied genocides where Muslims were victims, such as that of Albanians in Kosovo, Bosnians in Srebrenica, and the Rohingya in Myanmar.

Other Resources About Pamela Geller

What Schools Are Affiliated With Pamela Geller?

Pamela Geller is affiliated with the following schools: