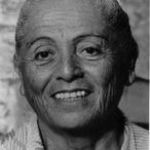 Why Is Patricia Ann McGee Influential?

According to Wikipedia, Patricia Ann McGee was a Native American tribal leader who served as president of the Yavapai-Prescott Tribe. An effective advocate for her tribe, she garnered millions of dollars in federal and state funds to improve the infrastructure on the Yavapai reservation. She negotiated a water settlement agreement between the federal government and the tribe and established the first gaming license for any Indian tribe in Arizona. She helped develop a community center which earned a federal design award and served as an educational center to preserve both the culture and language of the Yavapai. In 2006, McGee was nominated by Supreme Court Justice Sandra Day O'Connor and inducted into the Arizona Women's Hall of Fame.

Other Resources About Patricia Ann McGee

What Schools Are Affiliated With Patricia Ann McGee?

Patricia Ann McGee is affiliated with the following schools: