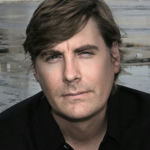 Why Is Patrick Melton Influential?

According to Wikipedia, Patrick Melton is an American screenwriter, producer and novelist. Background Melton was born in Champaign, Illinois, but grew up mostly in Evanston, Illinois. He attended Evanston Township High School, and graduated from the University of Iowa with a Bachelor's Degree in Communication Studies. He also attended Loyola Marymount University in Los Angeles, where he received a MFA in screenwriting. He is the writing partner of college friend Marcus Dunstan.

Other Resources About Patrick Melton

What Schools Are Affiliated With Patrick Melton?

Patrick Melton is affiliated with the following schools: