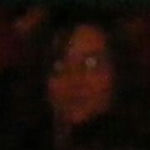 Why Is Paul Bearer Influential?

According to Wikipedia, William Alvin "Bill" Moody was an American professional wrestling manager and licensed funeral director. He is best known for his tenure with the World Wrestling Federation where he performed under the ring name and gimmick of Paul Bearer as the manager of The Undertaker. He's also known for managing his storyline son/Undertaker's storyline half-brother, Kane, as well as Mankind. Outside WWE, he was known by the name Percival "Percy" Pringle III and performed in various regional territories and promotions, as well as World Class Championship Wrestling .

Other Resources About Paul Bearer

What Schools Are Affiliated With Paul Bearer?

Paul Bearer is affiliated with the following schools: