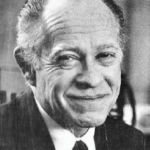 Why Is Paul Callaway Influential?

According to Wikipedia, Paul Smith Callaway, was a prominent American organist and choral conductor, particularly well known for his thirty-eight years at the Washington National Cathedral, Washington, D.C., between 1939–1977. A friend of Leonard Bernstein and Ned Rorem, he was also active in opera and a frequent guest conductor of the Lake George Opera Company and was the founding musical director of the Opera Society of Washington in 1956, now the renowned Washington National Opera. By the time of his death in 1995, he was acclaimed for his great influence on the musical life of the nation's capital. In 1977, Callaway was appointed an Honorary Officer of The Order of the British Empire and invested by Ambassador Peter Jay on behalf of Queen Elizabeth II.

Other Resources About Paul Callaway

What Schools Are Affiliated With Paul Callaway?

Paul Callaway is affiliated with the following schools: