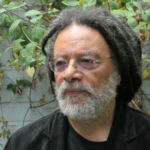 Scholar of the Black diaspora and culture

Why Is Paul Gilroy Influential?

According to Wikipedia, Paul Gilroy is an English sociologist and cultural studies scholar who is the founding Director of the Sarah Parker Remond Centre for the Study of Race and Racism at University College, London. Gilroy is the 2019 winner of the €660,000 Holberg Prize, for "his outstanding contributions to a number of academic fields, including cultural studies, critical race studies, sociology, history, anthropology and African-American studies".

Other Resources About Paul Gilroy

What Schools Are Affiliated With Paul Gilroy?

Paul Gilroy is affiliated with the following schools:

What Are Paul Gilroy's Academic Contributions?

Paul Gilroy has made the following academic contributions: