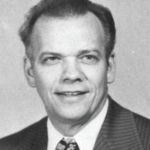 Why Is Paul H. Dunn Influential?

According to Wikipedia, Paul Harold Dunn was a general authority of The Church of Jesus Christ of Latter-day Saints . Dunn was widely considered one of the most dynamic speakers among the general authorities in the 1970s and 1980s. In 1991, Dunn stated that he had "not always been accurate" in his speeches and writings after it was reported that he "made up many of the stories about baseball and battle he told as personal experiences".

Other Resources About Paul H. Dunn

What Schools Are Affiliated With Paul H. Dunn?

Paul H. Dunn is affiliated with the following schools: