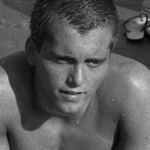 Why Is Paul Hait Influential?

According to Wikipedia, Paul William Hait is an American former competition swimmer and breaststroke specialist who is an Olympic champion and former world record-holder. Hait won a gold medal in the 4×100 m medley relay at the 1960 Summer Olympics in Rome, where he swam in the preliminary heats and in the final , breaking the world record in both the heats and the finals. Individually, he finished eighth in the men's 200-meter breaststroke with a time of 2:41.4.

Other Resources About Paul Hait

What Schools Are Affiliated With Paul Hait?

Paul Hait is affiliated with the following schools: