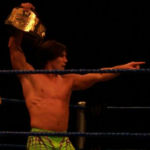 Why Is Paul London Influential?

According to Wikipedia, Paul Michael London is an American professional wrestler and actor. He is best known for his time with WWE. After being trained at the Texas Wrestling Academy, London began competing for Ring of Honor where his high risk offensive moves made him a fan favorite. He later competed for Total Nonstop Action Wrestling, Pro Wrestling Zero-One, and various independent promotions, winning numerous championships and won the ECWA Super 8 Tournament in 2003.

Other Resources About Paul London