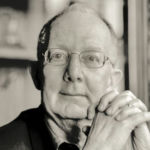 Why Is Paul Rabinow Influential?

A recognized scholar on the works of Michel Foucault, and his “anthropology of reason,” Rabinow became a famous anthropologist for his willingness to, and propensity for, “tinkering” with current modes and methods of inquiry and seeking to invent and employ new methods.

A prolific author, Rabinow published many critical works, such as Symbolic Domination: Cultural Form and Historical Change in Morocco, French Modern: Norms and Forms of the Social Environment, and Marking Time: On the Anthropology of the Contemporary.

His teaching career took him to the École Normale Supérieure and École des Hautes Études en Sciences Sociales in Paris, France. He was a co-founder of the French Cultural Studies program at University of California at Berkeley, the Synthetic Biology Engineering Research Center, and the Anthropology of the Contemporary Research Collaboratory.

According to Wikipedia, Paul M. Rabinow was professor of anthropology at the University of California , director of the Anthropology of the Contemporary Research Collaboratory , and former director of human practices for the Synthetic Biology Engineering Research Center . He is perhaps most famous for his widely influential commentary and expertise on the French philosopher Michel Foucault.

Other Resources About Paul Rabinow

What Schools Are Affiliated With Paul Rabinow?

Paul Rabinow is affiliated with the following schools: