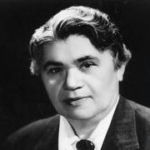 Why Is Pearl M. Hart Influential?

According to Wikipedia, Pearl M. Hart was a Chicago attorney who defended oppressed minority groups. Hart was the first woman in Chicago to be appointed Public Defender in the Morals Court. She represented children, women, immigrants, lesbians, and gay men, often without fee or for a nominal fee. She attended the John Marshall Law School and was admitted to the Illinois State Bar in 1914.

Other Resources About Pearl M. Hart

What Schools Are Affiliated With Pearl M. Hart?

Pearl M. Hart is affiliated with the following schools: