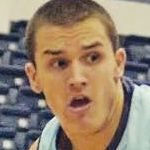 Why Is Petar Radojičić Influential?

According to Wikipedia, Petar Radojičić is a Serbian basketball player. He plays the power forward and center position. Currently with the team Club Deportivo Saski-Baskonia, S.A.D., Early career Radojičić began his career in small town in Ljubovija, where he played for youth selections of KK Mladost. After two years, he decided to join the another team and move to a larger city to continue playing basketball. He never signed a professional contract, because he decided to finish his education first. He moved in Užice to play club basketball in that city. After spending 4 years in Užice, he decided to continue his basketball career and education in The United States. In 2014 he went to college Lamar State College Port Arthur. He has recently transferred to Texas State University-San Marcos. After transferring to Texas State University, after just one month, he decides to transfer to St. Mary's University in San Antonio. Petar spent there last season and he is currently in the same place.

Other Resources About Petar Radojičić

What Schools Are Affiliated With Petar Radojičić?

Petar Radojičić is affiliated with the following schools: