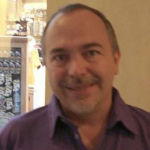 Why Is Peter Adkison Influential?

According to Wikipedia, Peter D. Adkison is an American game designer and businessman who is the founder and first CEO of Wizards of the Coast . During Adkison's tenure, Wizards of the Coast rose to the status of a major publisher in the hobby game industry. Wizards achieved success with its creation of Magic: the Gathering, which started the collectible card game genre. It also distributed the Pokémon trading cards, and later acquired TSR, publisher of the Dungeons & Dragons role-playing game, releasing a successful new edition.

Other Resources About Peter Adkison

What Schools Are Affiliated With Peter Adkison?

Peter Adkison is affiliated with the following schools: