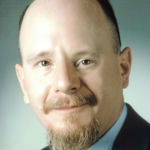 Why Is Peter Bauer Influential?

According to Wikipedia, Peter Bauer is an author and computer graphics professional. He served as the Help Desk Director for KelbyOne from 1999 to 2020. He is the author of "Photoshop for Dummies," as well as a number of other books on Adobe Photoshop, Adobe Illustrator, digital photography, and computer graphics. He also contributes to a number of graphics-related magazines and Internet sites. He received the Photoshop Pioneer award in September 2005 and was inducted into the Photoshop Hall of Fame in September 2010.

Other Resources About Peter Bauer

What Schools Are Affiliated With Peter Bauer ?

Peter Bauer is affiliated with the following schools: