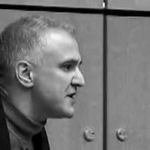 Why Is Peter Boghossian Influential?

According to Wikipedia, Peter Gregory Boghossian is an American philosopher and pedagogist. Born in Boston, he was an assistant professor of philosophy at Portland State University for ten years, and his areas of academic focus include atheism, critical thinking, pedagogy, scientific skepticism, and the Socratic method. He is the author of A Manual for Creating Atheists and How to Have Impossible Conversations: A Very Practical Guide.

Other Resources About Peter Boghossian

What Schools Are Affiliated With Peter Boghossian?

Peter Boghossian is affiliated with the following schools: