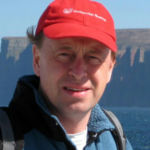 Why Is Peter Clift Influential?

Most notably, Clift has used a combination of geological, geophysical, and geochemical methods to investigate how Asian monsoons began and were influenced by the geological changes occurring in the South China Sea, and how changes occurring today in the Himalayan Mountains and on the Tibet Plateau are worsening the region’s annual monsoons.

He has also extensively studied the origins and evolution of the Indus River, which he suggests is made up of four ancient rivers folded into the Indus River more than 5 million years ago. His research has contributed to a greater understanding of Asia’s geological past and future.

His most cited individual work is Palaeogeography, Palaeoclimatology, and Palaeoecology, which has been cited nearly 300 times. He became a fellow of the Geological Society of America in 2008 and a fellow at the Hanse Wissenschaftskolleg in 2009.

According to Wikipedia, Peter Clift is a British marine geologist and geophysicist specializing in the geology of Asia and the western Pacific. He is currently the Charles T. McCord Professor of Petroleum Geology at Louisiana State University, which he joined in 2012.

Other Resources About Peter Clift

What Schools Are Affiliated With Peter Clift?

Peter Clift is affiliated with the following schools: