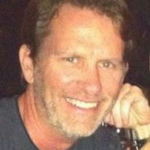 Why Is Peter G. Levine Influential?

According to Wikipedia, Peter G. Levine was an American medical researcher and science educator and authority on stroke recovery. His articles have been published extensively in peer-reviewed journals on brain plasticity as it relates to stroke, with emphasis on modified constraint induced therapy, cortical reorganization, telerehabilitation, electrical stimulation, electromyography-triggered stimulation, mental practice, cortical plasticity, acquired brain injury, spasticity, sensation recovery, evidence-based practice, outcome measures, and others. His articles have been widely cited by the medical community. His 2013 book Stronger After Stroke is regarded as an authoritative guide for patients and therapists dealing with stroke and it has received numerous positive reviews, and has been translated into Indonesian, Japanese, and Korean. His seminars throughout the United States were described by one reviewer as "funny, entertaining, engaging, dynamic, well organized, passionate and lighthearted." He has been a trainer of stroke-specific outcome measures for The Ohio State University; B.R.A.I.N. Lab. He was a researcher and co-director at the Neuromotor Recovery and Rehabilitation Laboratory at the University of Cincinnati College of Medicine. Before that, he was a researcher at the Human Performance & Motion Analysis Laboratory, which is the research arm of the Kessler Institute for Rehabilitation.

Other Resources About Peter G. Levine

What Schools Are Affiliated With Peter G. Levine?

Peter G. Levine is affiliated with the following schools: