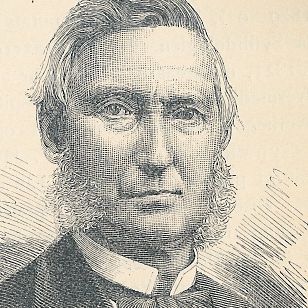 Peter Ludvig Panum was a Danish physiologist and pathologist born on the island of Bornholm in Rønne. The Panum Institute in Copenhagen is named in his honor.During 1846 he was chosen by the government to undertake research of a measles epidemic in the Faroe Islands. As a result of his investigations he published a classic treatise titled "Observations Made During the Epidemic of Measles on the Faroe Islands in the Year 1846". Later he studied with Rudolf Virchow at the University of Würzburg , and with Claude Bernard in Paris .