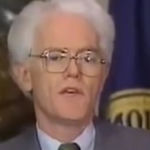 Why Is Peter Lynch Influential?

According to Wikipedia, Peter Lynch is an American investor, mutual fund manager, and philanthropist. As the manager of the Magellan Fund at Fidelity Investments between 1977 and 1990, Lynch averaged a 29.2% annual return, consistently more than double the S&P 500 stock market index and making it the best-performing mutual fund in the world. During his 13-year tenure, assets under management increased from US$18 million to $14 billion.

Other Resources About Peter Lynch

What Schools Are Affiliated With Peter Lynch?

Peter Lynch is affiliated with the following schools: