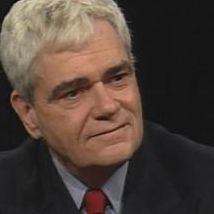 Peter Maas was an American journalist and author. He was born in New York City and attended Duke University. Maas had Dutch and Irish heritage.He was the biographer of Frank Serpico, a New York City Police officer who testified against police corruption. He is also the author of the number one New York Times bestseller, Underboss, about the life and times of Sammy "The Bull" Gravano.