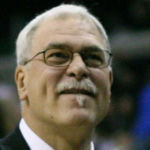 Why Is Phil Jackson Influential?

According to Wikipedia, Philip Douglas Jackson is an American former professional basketball player, coach, and executive in the National Basketball Association . A power forward, Jackson played 12 seasons in the NBA, winning NBA championships with the New York Knicks in 1970 and 1973. Jackson was the head coach of the Chicago Bulls from 1989 to 1998, leading them to six NBA championships. He then coached the Los Angeles Lakers from 1999 to 2004 and again from 2005 to 2011; the team won five league titles under his leadership. Jackson's 11 NBA titles as a coach surpassed the previous record of nine set by Red Auerbach. He also holds the NBA record for the most combined championships, winning a total of 13 as a player and a coach.

Other Resources About Phil Jackson

What Schools Are Affiliated With Phil Jackson?

Phil Jackson is affiliated with the following schools:

What Are Phil Jackson's Academic Contributions?

Phil Jackson has made the following academic contributions: