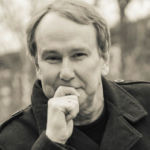 Why Is Philip Lee Williams Influential?

According to Wikipedia, Philip Lee Williams is an American novelist, poet, and essayist noted for his explorations of the natural world, intense human relationships, and aging. A native of Athens, Georgia, he grew up in the nearby town of Madison. He is the winner of many literary awards including the 2004 Michael Shaara Prize for his novel A Distant Flame , an examination of southerners who were against the Confederacy’s position in the American Civil War. He is also a winner of the Townsend Prize for Fiction for his novel The Heart of a Distant Forest, and has been named Georgia Author of the Year four times. In 2007, he was recipient of a Georgia Governor’s Award in the Humanities. Williams's The Divine Comics: A Vaudeville Show in Three Acts, a 1000-page re-imagining of Dante's magnum opus, was published in the fall of 2011. His latest novel, Emerson's Brother, came out in May 2012 from Mercer University Press

Other Resources About Philip Lee Williams

What Schools Are Affiliated With Philip Lee Williams?

Philip Lee Williams is affiliated with the following schools:

Philip Lee Williams has made the following academic contributions: