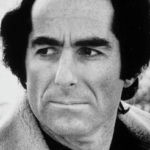 Why Is Philip Roth Influential?

According to Wikipedia, Philip Milton Roth was an American novelist and short story writer. Roth's fiction—often set in his birthplace of Newark, New Jersey—is known for its intensely autobiographical character, for philosophically and formally blurring the distinction between reality and fiction, for its "sensual, ingenious style" and for its provocative explorations of American identity. He first gained attention with the 1959 novella Goodbye, Columbus; the collection so titled received the U.S. National Book Award for Fiction.

Other Resources About Philip Roth

What Schools Are Affiliated With Philip Roth?

Philip Roth is affiliated with the following schools:

What Are Philip Roth's Academic Contributions?

Philip Roth has made the following academic contributions: