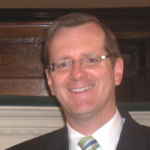 Why Is Philip Ryken Influential?

According to Wikipedia, Philip Graham Ryken is an American theologian, Presbyterian minister, and academic administrator. He is the eighth and current president of Wheaton College in Wheaton, Illinois. Early life and education Ryken was born on September 29, 1966. He received a Bachelor of Arts degree in English literature and philosophy from Wheaton College in 1988. He also completed a Master of Divinity degree from Westminster Theological Seminary in 1992 and a Doctor of Philosophy degree in historical theology from University of Oxford in 1995.

Other Resources About Philip Ryken

What Schools Are Affiliated With Philip Ryken?

Philip Ryken is affiliated with the following schools: