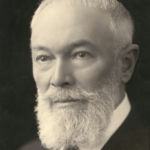 Why Is Pierre Janet Influential?

According to Wikipedia, Pierre Marie Félix Janet was a pioneering French psychologist, physician, philosopher, and psychotherapist in the field of dissociation and traumatic memory. He is ranked alongside William James and Wilhelm Wundt as one of the founding fathers of psychology.

Other Resources About Pierre Janet