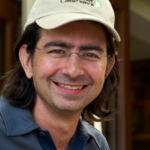 Why Is Pierre Omidyar Influential?

According to Wikipedia, Pierre Morad Omidyar is a French-born American billionaire. A technology entrepreneur, software engineer, and philanthropist, he is the founder of eBay, where he served as chairman from 1998 to 2015. Omidyar and his wife Pamela founded Omidyar Network in 2004.

Other Resources About Pierre Omidyar

What Schools Are Affiliated With Pierre Omidyar?

Pierre Omidyar is affiliated with the following schools: