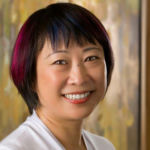 Why Is Ping Fu Influential?

According to Wikipedia, Ping Fu is a Chinese-American entrepreneur. She is the co-founder of 3D software development company Geomagic, and was its chief executive officer until February 2013 when the company was acquired by 3D Systems Inc. , she is the Vice President and Chief Entrepreneur Officer at 3D Systems. Fu grew up in China during the Cultural Revolution and moved to the United States in 1984. She co-founded Geomagic in 1997 with her then-husband Herbert Edelsbrunner, and has been recognized for her achievements with the company through a number of awards, including being named Inc. magazine's 2005 "Entrepreneur of the Year". In 2013, she published her memoir, Bend, Not Break, co-authored with MeiMei Fox.

Other Resources About Ping Fu

What Schools Are Affiliated With Ping Fu?

Ping Fu is affiliated with the following schools: