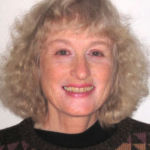 Why Is Priscilla McLean Influential?

According to Wikipedia, Priscilla McLean is an American composer, performer, video artist, writer, and music reviewer. Life Priscilla Taylor was born in Fitchburg, Massachusetts, the daughter of business manager Conrad Taylor and school teacher Grace Taylor. She graduated from Fitchburg State College, Massachusetts and the University of Massachusetts, Lowell . At Indiana University, Bloomington , she was greatly influenced by the music of Xenakis, who was teaching there. She has taught at Indiana University, Kokomo , St. Mary's College, Notre Dame , and the University of Hawaii and the University of Malaysia . From 1976 to 1980 she produced the American Society of Composers' Radiofest series. In 1974 she and her husband, Barton McLean, began to perform together as The McLean Mix, and in 1983 to present concerts of their own music full-time. She sings with extended vocal techniques and plays the piano, synthesizer, violin, percussion, and Amerindian wooden flutes, as well as newly created instruments.

Other Resources About Priscilla McLean

What Schools Are Affiliated With Priscilla McLean?

Priscilla McLean is affiliated with the following schools: