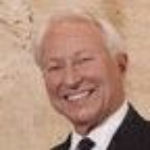 According to Wikipedia, Procter Ralph Hug Jr. was a United States Circuit Judge of the United States Court of Appeals for the Ninth Circuit. Education and career Born in Reno, Nevada, Hug received a Bachelor of Science degree from the University of Nevada, Reno in 1953 as a member of Alpha Tau Omega fraternity and was a lieutenant in the United States Navy from 1954 to 1955. He received a Bachelor of Laws from Stanford Law School in 1958, entering private practice in Reno until 1977. He was a deputy state attorney general of Nevada, and was a general counsel to the Nevada University System from 1972 to 1976. He was a civilian aide to the United States Secretary of the Army in 1977.

What Schools Are Affiliated With Procter Ralph Hug Jr.?

Procter Ralph Hug Jr. is affiliated with the following schools: