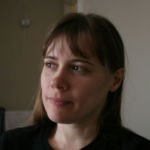 Why Is Quinn Norton Influential?

According to Wikipedia, Quinn Norton is an American journalist and essayist. Her work covers hacker culture, Anonymous, Occupy movement, intellectual property and copyright issues, and the Internet. Early life and education Quinn Norton was born in May 1973. She grew up in a poor family. Her father's struggles with his experience post-Vietnam and his drug-related incarceration inspired her to write later about judicial reform and restorative justice.

Other Resources About Quinn Norton

What Schools Are Affiliated With Quinn Norton?

Quinn Norton is affiliated with the following schools: