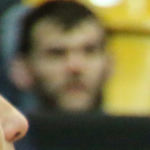 Why Is Qyntel Woods Influential?

According to Wikipedia, Qyntel Deon Woods is an American former professional basketball player. He played mainly at the small forward position, but he also played at the shooting guard position, on occasion. Early life and college career Woods was born in Memphis, and grew up in the Mallory Heights neighborhood. After attending Carver High School, he spent one season of college basketball each at Moberly Area Community College and Northeast Mississippi Community College. Coming out of college, Woods was known to pro scouts as a player with exceptional potential , but with a history of off-court problems. He was an early entry candidate in the 2002 NBA Draft, and he had committed to play at the University of Memphis, before making himself available for draft selection.

Other Resources About Qyntel Woods

What Schools Are Affiliated With Qyntel Woods?

Qyntel Woods is affiliated with the following schools: