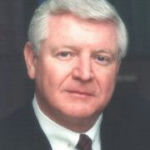 Why Is R. Fred Lewis Influential?

According to Wikipedia, Richard Fred Lewis was appointed to the Supreme Court of Florida on December 7, 1998. While serving as chief justice, he founded Justice Teaching, an organization that now has over 3,900 volunteer lawyers and judges placed with and active in all Florida public schools, which enhances civic and law-related education through active programs in all levels of Florida schools. As chief justice, he also convened the first commission and statewide all-branch mental health summit which developed and proposed a unified and comprehensive plan to address the increasing problems with the intersection of mental illness and the justice system.

Other Resources About R. Fred Lewis

What Schools Are Affiliated With R. Fred Lewis?

R. Fred Lewis is affiliated with the following schools: