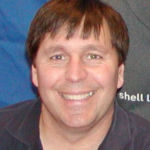 Why Is R. A. Salvatore Influential?

According to Wikipedia, Robert Anthony Salvatore is an American author best known for The Legend of Drizzt, a series of fantasy novels set in the Forgotten Realms and starring the popular character Drizzt Do'Urden. He has also written The DemonWars Saga, a series of high fantasy novels; several other Forgotten Realms novels; and Vector Prime, the first novel in the Star Wars: The New Jedi Order series. He has sold more than 15 million copies of his books in the United States alone and twenty-two of his titles have been New York Times best-sellers.

Other Resources About R. A. Salvatore

What Schools Are Affiliated With R. A. Salvatore?

R. A. Salvatore is affiliated with the following schools:

What Are R. A. Salvatore's Academic Contributions?

R. A. Salvatore has made the following academic contributions: