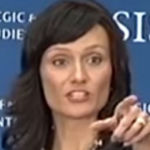 Why Is Rachel Martin Influential?

According to Wikipedia, Rachel Martin is an American journalist and co-host of NPR's Morning Edition. Martin was previously a producer and reporter for KQED in San Francisco. Early life and education Martin was born and raised in Idaho Falls, Idaho where she graduated from Idaho Falls High School. She graduated from University of Puget Sound in Tacoma, Washington with a bachelor's degree in politics and government in 1996, and from the School of International and Public Affairs at Columbia University in New York City with a master's degree in international affairs in 2003.

Other Resources About Rachel Martin

What Schools Are Affiliated With Rachel Martin ?

Rachel Martin is affiliated with the following schools: