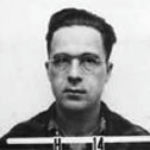 Why Is Raemer Schreiber Influential?

According to Wikipedia, Raemer Edgar Schreiber was an American physicist from McMinnville, Oregon who served Los Alamos National Laboratory during World War II, participating in the development of the atomic bomb. He saw the first one detonated in the Trinity nuclear test in July 1945, and prepared the Fat Man bomb that was used in the bombing of Nagasaki. After the war, he served at Los Alamos as a group leader, and was involved in the design of the hydrogen bomb. In 1955, he became the head of its Nuclear Rocket Propulsion Division, which developed the first nuclear-powered rockets. He served as deputy director of the laboratory from 1972 until his retirement in 1974.

Other Resources About Raemer Schreiber

What Schools Are Affiliated With Raemer Schreiber?

Raemer Schreiber is affiliated with the following schools: