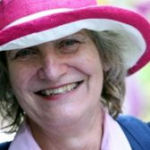 Why Is Raewyn Connell Influential?

Connell first emerged on the sociology scene with her work on class and education, including Ruling Class, Ruling Culture and Class Structure in Australian History. Her research into gender and masculinity yielded additional works, including Gender and Power: Society, the Person, and Sexual Politics and Masculinities. Her work on the social construct of masculinity and hegemonic masculinity is foremost in the field, with Masculinities being the most cited work in that field of inquiry.

Her expertise is sought internationally, leading to her role as an advisor to United Nations efforts on gender equality. She is a life member of the National Tertiary Education Union and holds seats on a number of advisory boards and editorial boards, including The International Journal of Inclusive Education and The British Journal of Sociology, Theory and Society. Her teaching positions have included Harvard University, University of California Santa Cruz, and Macquarie University, where she was the founding professor of sociology. She retired from the University of Sydney in 2014, and was named Professor Emerita. A video of her final lecture, The Knowledge Industry and Counter-Power, can be found online.

Other Resources About Raewyn Connell

What Schools Are Affiliated With Raewyn Connell?

Raewyn Connell is affiliated with the following schools: