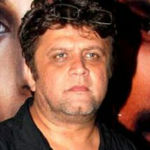 Why Is Rahul Dholakia Influential?

According to Wikipedia, Rahul Dholakia is an Indian film director-producer-screenwriter, most known for his National Film Award-winning film, Parzania , prior to which he also made documentaries like Teenage Parents and New York Taxi Drivers.

Other Resources About Rahul Dholakia

What Schools Are Affiliated With Rahul Dholakia?

Rahul Dholakia is affiliated with the following schools: