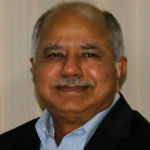 Why Is Raj Reddy Influential?

Areas of Specialization: Robotics
Reddy is the founding director of the Robotics Institute at Carnegie Mellon University. The Robotics Institute at CMU is perhaps the world’s best center for robotics research in the world. (Robotics Business Review called it a “pacesetter in robotics research and education” in 2014.) Reddy is the Moza Bint Nasser Chair of Computer Science at CMU, and has been professor of computer science at Stanford University during his stellar career of five decades. Reddy has had a major influence on the development of the field of robotics in artificial intelligence.

Reddy was born in rural India, and is the first member of his family to go to college. He received his bachelor’s degree in civil engineering from an engineering school in India (College of Engineering, Guindy) and his Ph.D. in computer science from Stanford University. Reddy has been active in helping to create opportunities for gifted low-income youth in India by helping to form a technical university in India (the Rajiv Gandhi University of Knowledge Technologies).

Reddy’s research in robotics focuses on perceptual and linguistic aspects of robotic intelligence. At the AI Lab at Stanford, he developed world-class systems enabling remote voice-control of robots. His system, “Hearsay,” was capable of interpreting natural language commands, like ordinary English. His work led to the development and improvement of commercial voice recognition systems we use today, like Siri and Cortana. Reddy has won many awards during his distinguished career, and was inducted into the IEEE Intelligent Systems’ Hall of Fame in 2011.

According to Wikipedia, Dabbala Rajagopal "Raj" Reddy is an Indian-American computer scientist and a winner of the Turing Award. He is one of the early pioneers of artificial intelligence and has served on the faculty of Stanford and Carnegie Mellon for over 50 years. He was the founding director of the Robotics Institute at Carnegie Mellon University. He was instrumental in helping to create Rajiv Gandhi University of Knowledge Technologies in India, to cater to the educational needs of the low-income, gifted, rural youth. He is the chairman of International Institute of Information Technology, Hyderabad. He is the first person of Asian origin to receive the Turing Award, in 1994, known as the Nobel Prize of Computer Science, for his work in the field of artificial intelligence.

Other Resources About Raj Reddy

What Schools Are Affiliated With Raj Reddy?

Raj Reddy is affiliated with the following schools: