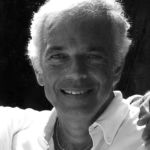 Why Is Ralph Lauren Influential?

According to Wikipedia, Ralph Lauren, is an American fashion designer, philanthropist, and billionaire businessman, best known for the Ralph Lauren Corporation, a global multibillion-dollar enterprise. He has become well known for his collection of rare automobiles, some of which have been displayed in museum exhibits. Lauren stepped down as CEO of the company in September 2015 but remains executive chairman and chief creative officer. As of April 2022, his net worth was estimated at US$6.9 billion.

Other Resources About Ralph Lauren

What Schools Are Affiliated With Ralph Lauren?

Ralph Lauren is affiliated with the following schools: