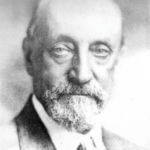 Why Is Ralph Modjeski Influential?

According to Wikipedia, Ralph Modjeski was a Polish-American civil engineer who achieved prominence as a bridge designer. Life He was born in Bochnia, called Galicia at the time, on January 27, 1861, to Gustav Sinnmayer Modrzejewski and actress Helena Opid Modrzejewska . In 1865, his mother left Sinnmayer, and in 1868, she married "Count" Karol Bożenta Chłapowski. In July 1876, they emigrated to America, where, as a matter of convenience, the boy's mother changed her name to Helena Modjeska and her son's name to Ralph Modjeski.

Other Resources About Ralph Modjeski

What Schools Are Affiliated With Ralph Modjeski?

Ralph Modjeski is affiliated with the following schools: