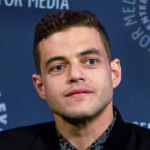 Why Is Rami Malek Influential?

According to Wikipedia, Rami Said Malek is an American actor. He is known for portraying computer hacker Elliot Alderson in the USA Network television series Mr. Robot , for which he received the Primetime Emmy Award for Outstanding Lead Actor in a Drama Series, and as Queen lead singer Freddie Mercury in the biopic Bohemian Rhapsody , for which he won the Academy Award, Golden Globe Award, Screen Actors Guild Award, and British Academy Film Award for Best Actor. He has received many other accolades, and is the first actor of Egyptian heritage to win the Academy Award for Best Actor. Time magazine named Malek one of the 100 most influential people in the world in 2019.

Other Resources About Rami Malek

What Schools Are Affiliated With Rami Malek?

Rami Malek is affiliated with the following schools: