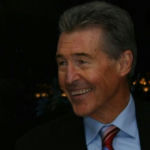 Actor from the United States

Why Is Randolph Mantooth Influential?

According to Wikipedia, Randolph Mantooth is an American actor who has worked in television, documentaries, theater, and film for more than 40 years. A graduate of the American Academy of Dramatic Arts, he was discovered in New York by a Universal Studios talent agent while performing the lead in the play Philadelphia, Here I Come. After signing with Universal and moving to California, he slowly built up his resume with work on such dramatic series as Adam-12 , Marcus Welby, M.D. , McCloud and Alias Smith and Jones .

Other Resources About Randolph Mantooth

What Schools Are Affiliated With Randolph Mantooth?

Randolph Mantooth is affiliated with the following schools: